Warning: Invalid argument supplied for foreach() in /home/customer/www/makeityouradventure.com/public_html/wp-includes/class-wp-post-type.php on line 568

Warning: Cannot modify header information - headers already sent by (output started at /home/customer/www/makeityouradventure.com/public_html/wp-includes/class-wp-post-type.php:568) in /home/customer/www/makeityouradventure.com/public_html/wp-content/plugins/sg-cachepress/core/Supercacher/Supercacher_Helper.php on line 77
 The time I decided to cycle to the ski area car park
The Time I Decided To 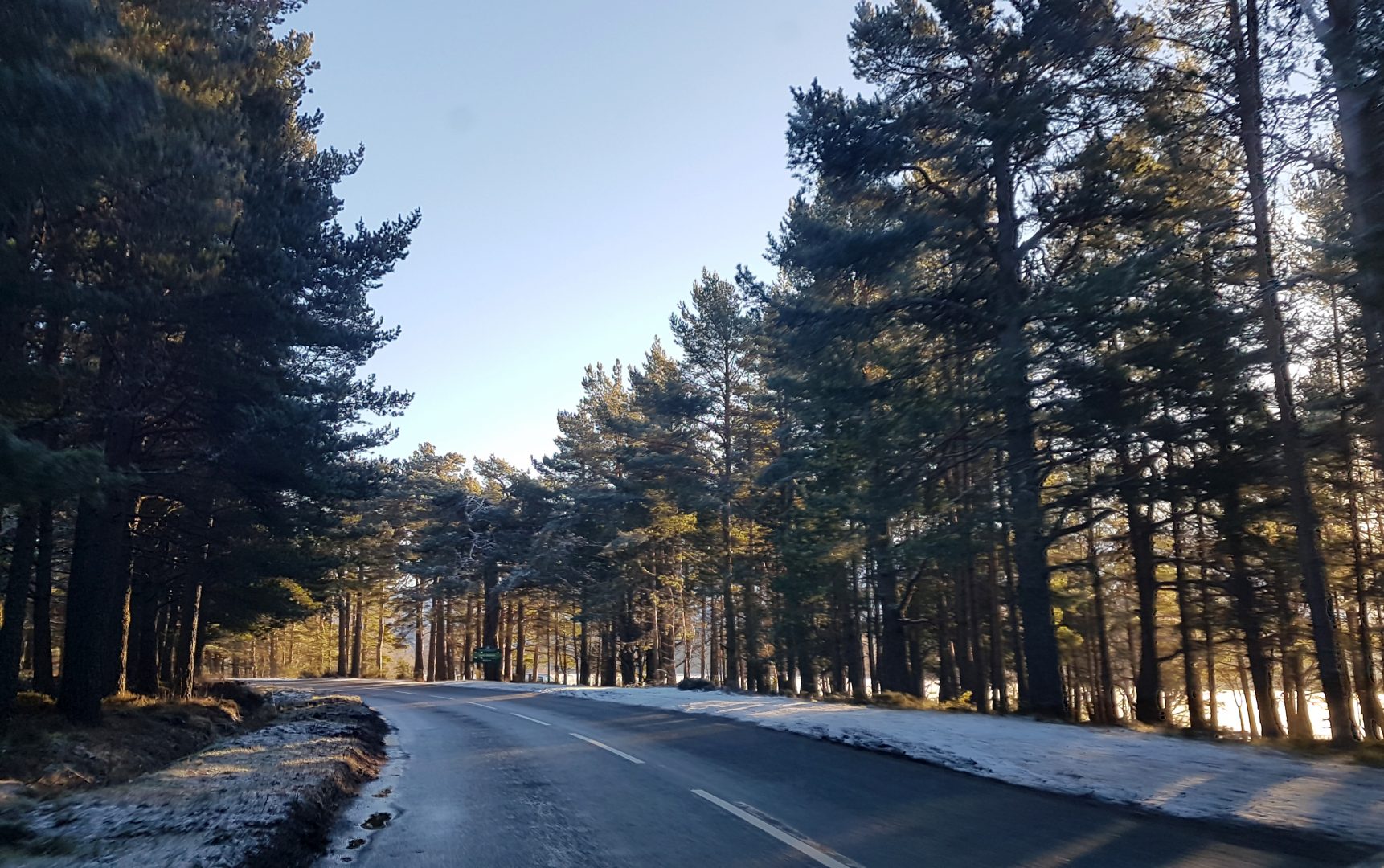 in ADVENTURES, BLOG, Shorties
by veronika

It was a Tuesday, and even though there was snow in the mountains and it was probably about 5°C down in the valley, it was a gorgeous sunny day. I decided to go for a cycle from Aviemore up to the Cairngorm ski centre car park. I have seen people making this journey a few times and I thought it was brave, but I wanted to try. Our Skoda Fabia can just about make it there with a full car of people and even though it is not a long hill, it drags.

You know, life gets in the way. With Christmas and family coming to visit, cycling took a backseat. The roads have been too icy to go cycling. And, when the ideal winter conditions did come around, we were excited to make the most of it by trying out some new winter activities, like ski touring. I might have missed out on cycling, but it has been well worth it.

Before giving it a go, I checked Google maps for the actual distance from Aviemore to the carpark at Cairngorm ski centre and it came to only 10 miles, but it also said it was at 400m (1400ft) in elevation. I made the decision to try to cycle up there. I was enjoying every second of the journey up, and even though it was hard after not doing much cycling recently, I was determined. The glorious sun was filling me with energy and hope that I could do it. It reminded me how much I enjoy cycling and how much I missed it. There was already snow on the side of the road on the second half of the journey up from Loch Morlich. Some of it had already turned dirty and slushy. It was extremely windy on the road so I was concerned about passing traffic.

That day I really wanted to prove to myself that I could push myself physically and perhaps even more mentally as I have had struggled with motivation for the last few weeks. I got a few funny and impressed looks from people driving past because I was barely moving at parts. Although the unfolding gorgeous views kept me fuelling and I could not wait to get to the top.

Eventually, I got there and I even beat the Google maps time. I was happy. I took a few photos and as it was very windy at the top I did not want to stick around for too long. I get really hot when I am walking or moving in general but when I stop, I get cold as quickly. My hands were starting to go numb so I decided to start heading back. I began to descend and my hands and toes were getting worse. I was getting more and more concerned about getting colder and colder but I knew I had to focus to get down safely. I could barely feel my fingers as I was holding on the breaks but I kept reminding myself that I had to keep going or I would get in trouble.

Thoughts like, “How come I have been absolutely fine until now, and suddenly I feel so cold that I am getting worried about my own health?” were going through my mind.

Anyway, I got back down to Loch Morlich and I was happy to be able to release my brakes and started to move my fingers and toes around a little bit whilst I was still on the move. The adrenaline kicked in and I knew that I had to keep going to get warmer. I kept cycling as fast as I could to get back as soon as possible.

The whole situation felt very absurd. The sun was slowly setting, peaking through the trees, and projecting beautiful reflections on the lake. I was getting tears in my eyes because my hands and feet were in pain. I was cycling fast like my life depended on it. I seemed to go faster than ever before. Although I am not sure, it may have been the same feeling I used to get when returning home after going out for a few drinks. Walking from the bus stop seemed scarier than ever so I would run as fast as I could from all the creepy guys waiting for me around every corner. There was not really any, it was never the case, and my running probably was not fast at all but I felt like it was at the time.

This time I was not drunk, but the unpredictable harshness of Scottish weather caught up with me. It was not the first time the weather in Scotland has proved its ability to change from perfect to the worst, within seconds.

I got back to Aviemore and I went straight to Ellis Brigham to get skis fitted for the next day’s ski touring. For the first few minutes, I had to stand by the heater to warm myself up whilst I was telling Charlie about my experience. The tears came back to my eyes again as my fingers and toes started to warm up. It hurt. I had to push them back because I did not want to seem weak. I did not want to look destroyed by a 2 hour (20 miles) cycle.

This short afternoon cycle reminded me that I have to prepare more for unexpected conditions at all times. I ended up with a sore throat and cold for the next two weeks but I was grateful for learning a lesson and looking forward to the next adventure.

Have you ever had any unexpected troubles during your cycling trips? Comment below.

It has been less than a year when I fell in love with cycling after not cycling for more than 10 years. I was afraid to cycle in London because I was scared of the traffic but decided to overcome the fear and cycling became one of my biggest passions. You can read the post here.  I also had a little accident on my bike when cycling in London but it did not put me off cycling. You can find the post here. 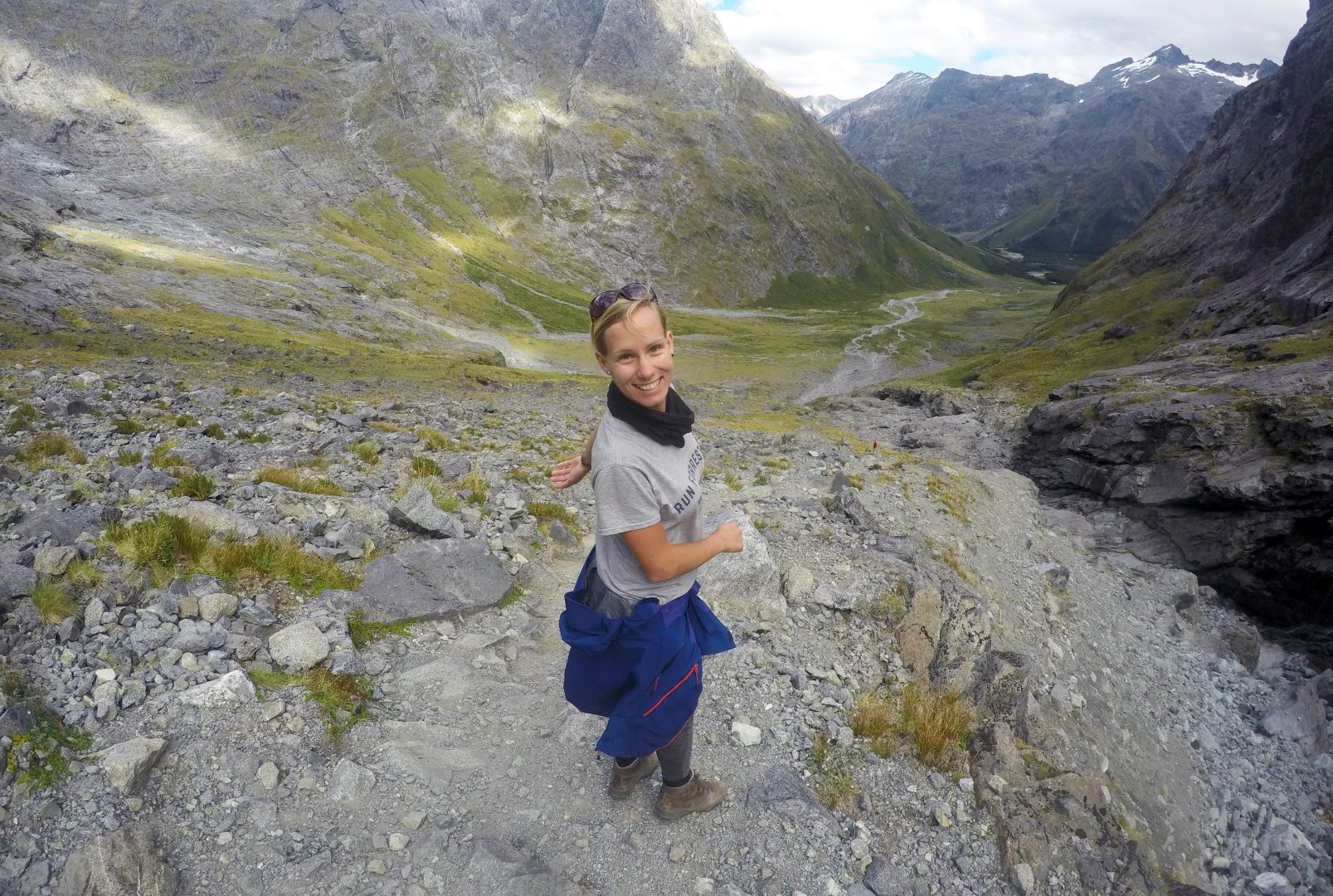